In first aid, choking is defined as mechanical obstruction of the airways by a foreign object such as food. Choking can lead to unconsciousness or even Cardio Respiratory Arrest if the obstruction is severe enough. The quick recognition and proper management of a casualty who is choking are of key importance. 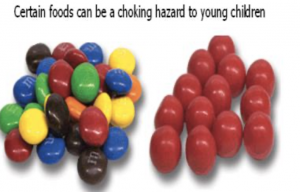 Statistically, Children 4 years and under are most at risk of choking by food and toy parts as they make up the highest number of deaths.

If the casualty is able to cough and talk, then this is not considered serious choking, as this is a Mild Airway Obstruction. The casualty with an effective cough should be reassured and encouraged to keep coughing to expel the foreign material. Continue to monitor. If the obstruction is not relieved, the first aider should call an ambulance.

Severe Airway Obstruction choking occurs when the object is firmly lodged in the casualty’s throat and they are unable to cough effectively or make any sound. 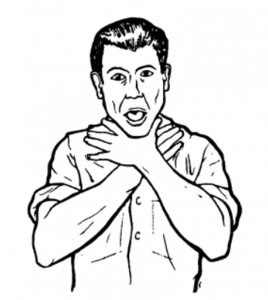 The danger signs of Severe Airway Obstruction (Choking) are:

Do Not use abdominal thrusts (Heimlich manoeuvre) in the management of choking as there have been reported cases of life-threatening complications associated with the use of abdominal thrusts.

Full blockage choking occurs when food or other small objects are lodged in a child’s throat or airway (trachea), which prevents oxygen from getting to the lungs and brain. Food is among the objects most likely to cause choking in a child. Children who begin to choke with a Severe Airway Obstruction typically cannot breathe, cry or make noise. As choking persists, a child’s face may become initially red, then turn blue as the body runs out of oxygen.

DO NOT perform the following steps if the infant has a Mild Airway Obstruction and is coughing forcefully and effectively or is crying strongly – either of which can dislodge the object on its own. 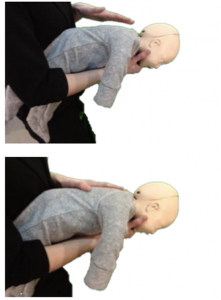 For a Severe Airway Obstruction (Choking): 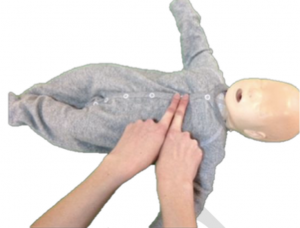 If the object isn’t free after 5 blows: 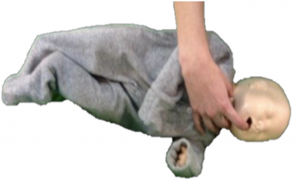 Please watch the video on how to manage an airway obstruction and choke, as you will be asked to demonstrate this for your assessment. 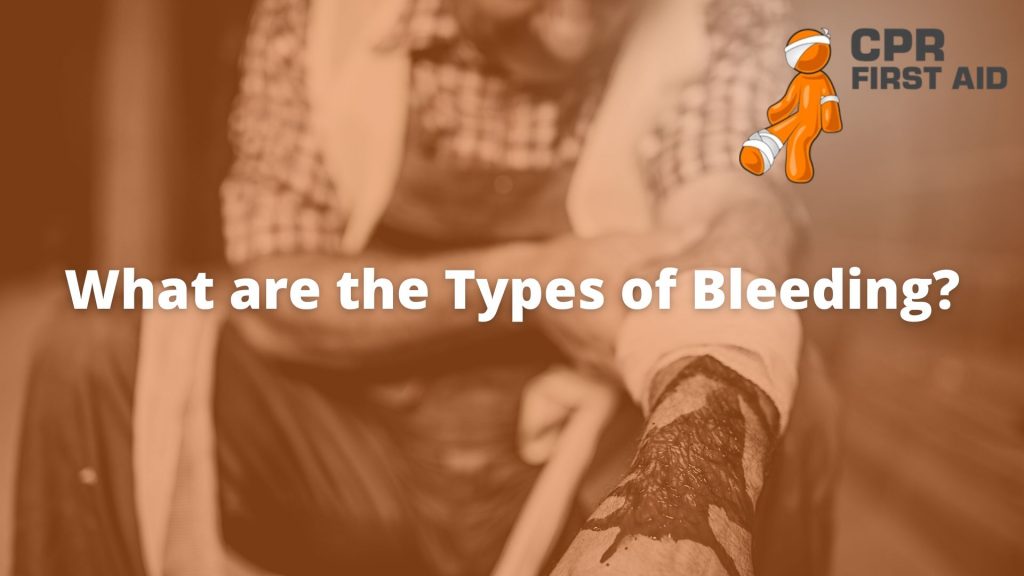 Bleeding is a very common condition requiring first aid. Bleeding also termed haemorrhage, occurs when there is a rupture of blood vessels causing a loss…